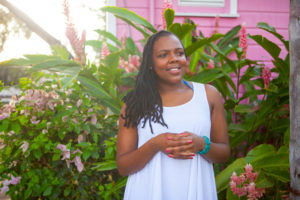 I’m here chilling out on the sofa, but I felt so called to write to you about this topic…

It’s a factor which hinders so many entrepreneurs and maybe it’s been negatively impacting you. If that’s the case, I’d love to help because worry does not contribute to your success. In fact, it can massively stall it!

However not surprisingly, it’s human nature to want to be liked and approved of by the tribe around us, which is where this limiting belief can steam from. However, there’s a problem when a fear of criticism or judgment drowns out your inner voice, stalls innovation and creativity, and breeds an unhealthy amount of procrastination.

Are you in constant need of approval? Is indecision and constantly second guessing slowing you down? Or are you massively in consumer mindset where you’re learning a shit-load and not moving forward?

Then it’s quite possible you’re being impacted by this limiting belief of ‘WHAT DO OTHERS THINK”.

Here’s some tips on how to curb it.

1. GAIN CLARITY ABOUT THIS BELIEF!
Awareness is the first step to everything! Use the following journal prompts and free flow and write on the following to gain some clarity:
What’s a recent example of when you cared what other people thought in a way that hindered your ability to make a decision and move forward?
If you were to be 100% truthful to yourself, why do you care what people think of you?
Where do you believe this has stemmed from?
How has approval seeking, acceptance, abandonment, wanting to fit in, needing to fit in, translated in your life so far? List some of those situations.

3. MASSIVELY REDUCE THE JUDGEMENT
People won’t judge you anywhere close to you as much as your head would lead you to believe. It’s important to learn how to turn the voice down of your own inner critic. It will be vital for your success and having momentum!

4. DON’T FALL INTO THE TRAP OF INDECISION
Those who have the tendency to overanalyse things tend to fall into the trap of second-guessing every word that gets spoken. Is that you? The most successful entrepreneurs make decisions quickly (because they have a strong foundation – see point 2) and then they are slow to change their minds. Remember to be successful, make some sort of decision, it’s always better than INDECISION!!!

5. ENTREPRENEURS STILL NEED TO PAY CLOSE ATTENTION TO THEIR MARKET!
This isn’t directly relevant, but SO IMPORTANT and I need to be clear. There is a big difference in not being worried about what ‘people’ think and listening to customer and market needs! Don’t think you can skip on market research or constantly getting to know your market because of what I’ve shared on WORRIED WHAT PEOPLE THINK, knowing your market is vital. Worried what people think however is NOT vital.

Hope this helps? Let me know in the comments.

In order to rise to the top of your game, this belief WORRIED WHAT PEOPLE THINK must be massively reduced. In fact, you might notice that that the best entrepreneurs are the ones able to put aside the constant need for approval. They have a strong foundation to their business where they make decisions based on their core values, their vision and their mission rather than vague concerns about others.

You see, in actual fact most people don’t spend their time judging you, or even thinking about you and those few people out there who might judge your actions and decisions – they certainly have their own issues going on and it’s NOT for you to take that on. You got big things to do in this one life you have! Go do them!